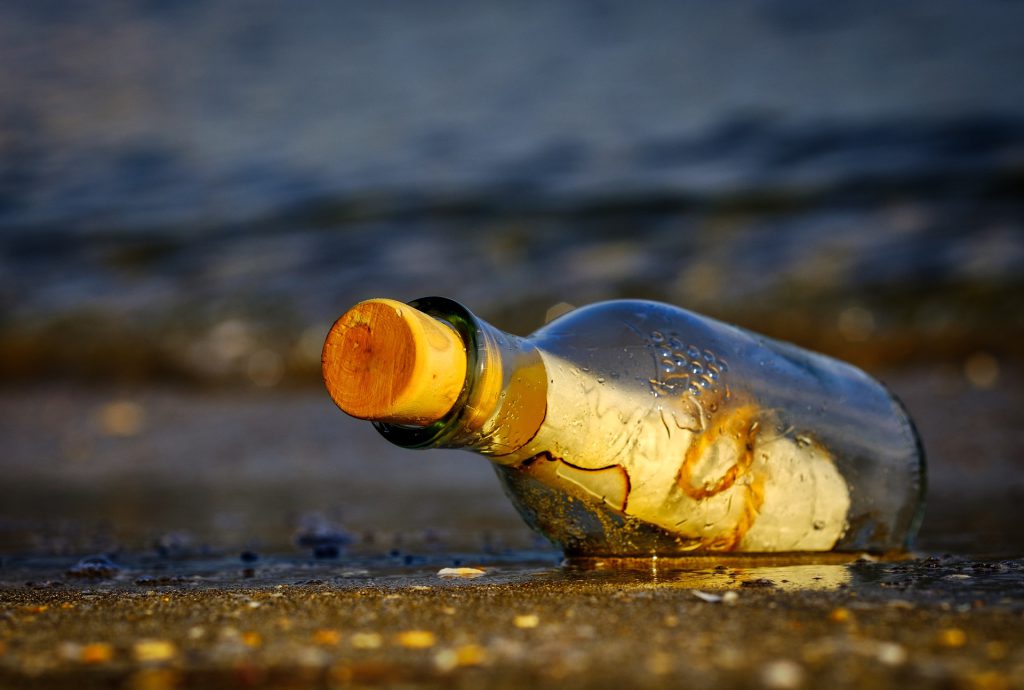 I have important things to tell you with very serious words. There is a future for you, for humanity and future generations, that will be worse than the worst nightmares. To avoid this, all systems of society worldwide are to be renewed with an evolutionary education from scratch. I am the Prophet, Messiah, and the Reincarnated Christ, sent by God to get this project going.

85-97% of all mental functions in almost all people worldwide are malformed or not shaped at all – despite education, enlightenment and religion – or for that very reason. Technology accelerates everything and does not solve any of the big global threats. Politics, economics, education and religions only repeat the old mistakes and heat up the man-made Armageddon. The worldwide demanded “spirituality” is in many places totally infantilized and only a kind of heroin. Christianity has not the slightest proof of the inner archetypal processes of the Jesus of Nazareth. We do not know what he said. Christianity also has no concept of archetypal human development towards wholeness and fulfillment.

You may have realized that all systems on the planet are already severely damaged or destroyed. Humanity is on the wrong path. 10-12 billion people will radically destroy everything – even themselves. All systems of power break the human mind, are breaking all archetypal values ​​of humanity and all mental-spiritual development. Hatred against being human dominates today.

Is that what you want? Do you want such developments for your children and those not yet born? The state of the ecosystems, the planet, the contamination and the misery of humanity is 1000 times worse than people know. Do you simply want to accept such a development with your eyes closed? If it is true that 10-12 billion people are destroying the divine (archetypal) human evolution, then one must ask what methods and measures must be used to prevent this.

I have received all authority as the highest judge of all souls in this world and in the other world. It seems that almost all of humanity must be sent into a black hole for 200,000 years, where the light of God will never shine. Maybe you are ‘cleverer’ than others and want to be non the modern “Noah’s Ark”. There it has room for millions of people who can then begin the archetypal human evolution from the beginning after the fatal global collapse (with WWIII) – albeit under early medieval living conditions.

I have repeatedly said this to millions of people in 1987, 1988 and beyond. For 40 years I have gone a journey I never wanted but had to go: for you and humanity. You will find all explanations comprehensible in my books. The article on the English website reveals the state of humanity.

It’s your last chance to tackle this divine project here with me – for the future of humanity! Your problem is now: My “Prophet and Messiah status” is a “mental aberration” – or it is true: I am the new Prophet and Messiah, sent by God; unfortunately, without 10,000 angels. I cannot turn stones into bread, and I do not shine.

What if you decide wrong? Do you want that? Clarity brings:

„The Future in Your Hands”; “The Manifesto” (documents with a summary the inner archetypal processes to become a Prophet); “Armageddon or Evolution”; “Deicide”; “Modern Dream Theory”, “Practical Psychology” and “Psychology I” for personal development. The extensive document about the inner archetypal processes, today available only in German: „Die Archetypischen Prozesse der Seele“

It’s easy: a completely new understanding of being human, meaning of life and true religion solves everything.

The collective has ignored my “matter” for 30 years. This has cost 50-75 trillion dollars in damage worldwide – not to mention suffering, misery and grief. That was only the beginning of the abyss. From about 2021, the descent becomes a tangible and barely stoppable adventure.

You want an “RC Center for Europe and the World”? Our project is called “United Free Nations and Free Peoples with the Archetypes of the Soul”. This is a project for you, for your children and the future of humanity! I do not need that for myself. You would have to finance that and help me shape it.

The next 10 years will be disarmed 65% worldwide. Those who do not join must spend 50,000 years in a “hole” where the light of God will never shine. Those who continue to go for wars or terrorize nations, for example with sanctions or subversive actions, must also go 50,000 years into this dark hole. The arms industry needs to move largely to viable technology, also to get rid of the global “dirt”. All religions are called upon to integrate the “archetypes of the soul”. I have closed Paradise (with exceptions) until all the great lies of power are revealed and global peace is established. Anyone who continues to pervert all human (archetypal) values ​​out of “God hatred” will go to a “black hole” for 100,000 years.

With your contribution and your active involvement (management) in the new project of the “Reincarnated Christ”, you would go down in history and get a special place in the hereafter. I would have a vision for extraordinary personalities and institutions at the level of up to € 500m.

It is the greatest duty of the Swiss government to finance and institutionalize this mega-project. For it is entirely the fault of the Swiss government and Swiss citizens, Christians and Churches, that the world has suffered $ 50-75 trillion in damage and untold suffering, including through (Western) wars and worldwide contamination, for the past 30 years.

You want to get to know me. You have questions and ideas for the RC mission. I am happy to help you. But, never forget that you (the people, the collective) must clean up the “global mess” – not me!

The future of humanity is in grave danger. You decide if you go down or survive. Come your time, your soul will be judged. Schellhammer Institute welcomes applications for active membership.