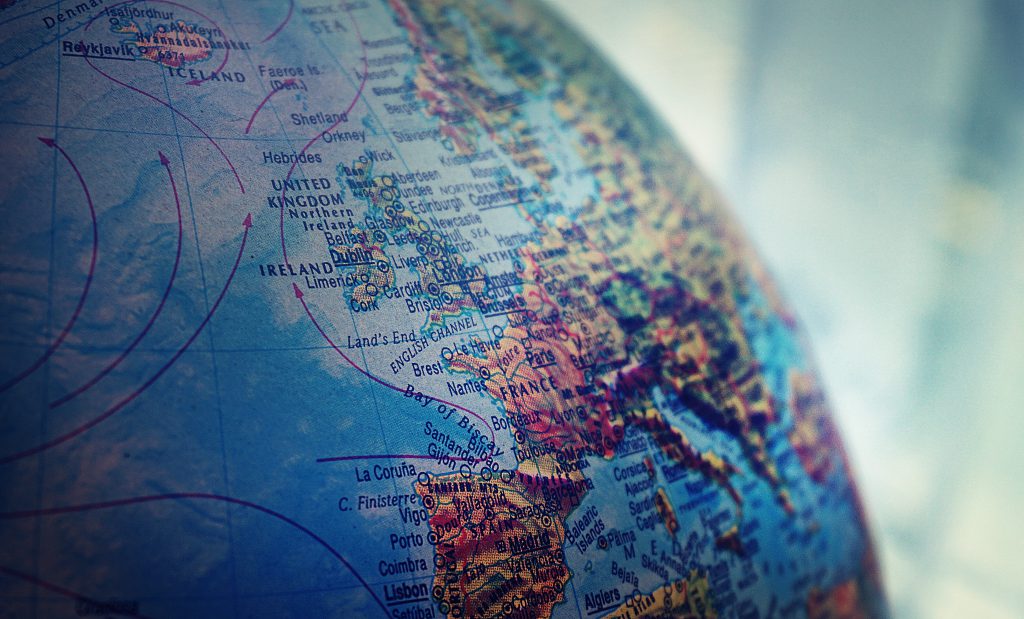 Europe is wholeness; an organism with manifold shaped multiple [collective] identities.
Europe, its nations, including [Western] Russia, has been built up during centuries.
Europe’s history has very old transcendental, divine roots that express a quest for God.
Europe has given birth to countless pioneers in Psychology, Education, and Philosophy.
Europe has been built up with outstanding achievements, technical, cultural and social.
Europe is profane and sacral; both sides interrelated [a whole], together devoted to God.
Europe is in that sense adorable, part of the divine sphere that strives for true evolution.

But most captains that conduct this European vessel are archaic, arrogant, incompetent …
And a huge majority of the European folks are archaic, stupid, malformed, coward, greedy …
The very irrational disputes between nations have been utilized by an evil plan of deicide.
Around 1900 an immense octopus came from the United States with many Trojan Horses.
Diabolic Masters triggered wars between European nations in order to subordinate Europe.
The naïve European leaders fell into the trap of the pseudo-religious megalomaniacs.

The never ending wars between Christianity and the Islam since ever are inflamed again.
Today most of Europe with its precious human values has been sold to the hidden Masters.
The ancestors of these insane Masters always triggered wars and strife in an ambush.
Europe today is on the brink of hyper poverty, fascism, war and all-encompassing contamination.
America has once been a great nation; but today it’s the nest of all evil that also destroys Europe.

The Holy Europe has become unholy, decadent, rotten, mendacious, false, cocky, and blinded.
Madness to control and exploit every vivid and non-vivid thing has sickened the European soul.
Most Europeans today are brainwashed, misled, malformed, separated from human evolution.
Mass media, banking systems, political business and economy have crushed the European minds.
A majority of people are not willing to accept alternative views and alternative information.

A wrong idea of ‘multi-cultural’, ‘tolerance’, ‘freedom’ and ‘emancipation’ has corroded Europe.
Europeans have lost their soul due to the archaic religion and the mad educational authorities.
European dwellers have lost the values of all pioneers and have become slaves of dark Masters.
The European folks ignore responsibility for society, environment and the future of their children.
The genes of the Europeans, shaped from the evil history, are damaged with long-term effects.
Immense guilt of the Europeans, of people and leaders, has darkened the lives of every European.
The future of Europe is in the iron grip of interrelated and [globally] increasing mega-criticalities.

European folks wake up! Open your eyes! Take your future in your hands! And learn a lot!
Europe is your home, your future, the future of the youth and those born tomorrow are at risk!
To all people on earth: The entire humanity, the world and the planet, your home is at risk!

European citizens, leaders and people, if you want to rebuild a sane and holy Europe and world, Schellhammer Institute has for the future leaders a new all-round strong education with a road map of 25 years to reach a new evolutionary world – for the sake of your future and the future generations. It’s all about the most advanced all-embracing concept of mankind and the divine archetypal human evolution. Or do you really first need WWIII, already gearing up at fast pace or the increasing global contamination, which will create outrageous criticalities for hundred thousand and more years and can eliminate within decades much of the world population. The danger also lurks deep in the sea.

Everything starts with humans.
Therefore: Failure is rooted in humans.
All solutions start with humans.