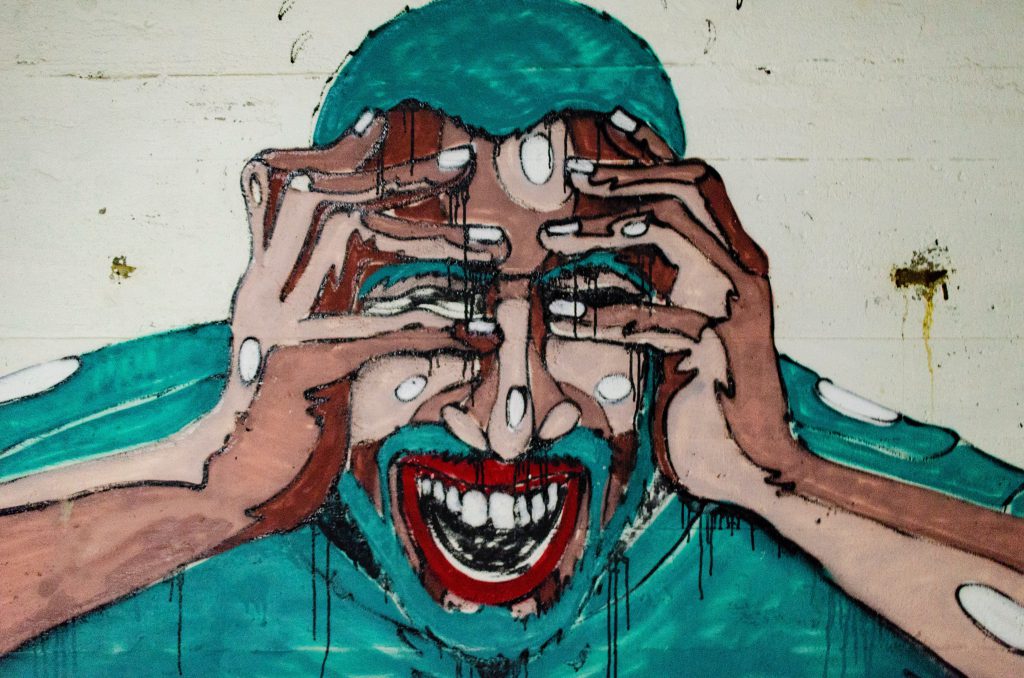 We all know the name ‘Adolf Hitler’. We also know that after the First World War he was rather a simple man, totally powerless, and poor, also emotionally. Then, he wrote ‘MEIN KAMPF’. We must read this book considering the epoque, the economic and social status of Germany with the burden of the First World War – a 100 years ago. On the one hand, Hitler indeed expressed some valuable ideas in his book, obviously in ways of the world back then. On the other hand, he also expressed confusing thoughts and heating up a certain radicalism that fundamentally cannot be accepted for political, racial, hate-propaganda, and warmongering interests.

Taken thoughts from back then, we must ask, explore, and understand the fear-mechanisms that had immense effects already before the Second World War and during this war. Who is the fear-mongers today?

It is an infamous hypocrisy to demonise Hitler (and a few others) as all leaders since centuries and millenniums always have been and still today are the most atrocious political actors. The Western World committed many horrible wars and killings since 1945 up to today, e.g. We shall not forget: History also lies and fabricates.

How can it be that already before WW2 all war agents, soldiers, officers, and generals obeyed Hitler? Remarkably, during WW2, from all subordinate soldiers up to the Generals on highest command levels, all fearfully obeyed Hitler, accepted their own risk of being killed or dying because of other war-related conditions? How was this psychologically possible? Let us explore some thoughts:

Since centuries and millenniums, rulers always started the same way: Once a political and military system and a state administration was fully established, often with religious support, the rule of the system was: “obey or I kill you!” There are variations of menacing and producing fear and panic: “obey or I ban you”, or “obey or I kill your family”, or “obey or you lose your privilege”, or “obey or you lose your property, your money, your position, your reputation, and the benefit from the system”. The backbone of billions of people is broken.

The fastest and most simple message always was: The master takes the pistol and shoots in the person’s head without saying a word. A second only, and a “problem” is solved. Sometimes there is a little wiggle room: “Immediately obey or I kill you.” Once the political, economic, mass media (journalism), and social system (with the blinded, stupid, and greedy masses) is powerfully established, there is no escape from the system – except death; and in general, all are silenced and infantilised with a muzzle.

The system, which includes governance, politics, executive, judicative, and ‘publicative’ (mass media, journalism), forces to please the people. Those who sit in the state administration, in the parliament, or are members of a political party, and those who aspire a political career, must ‘obey’ the system. And the system must ‘feed’ some desires (wants) of the people. The system does it with cynicism but hides its own interests (e.g. dictatorship, shopping control, money control, propaganda, wars, globalism, robbery, colonialism, subjugation of other countries, etc.). The perverse evil history, back to Hitlers’ “Zeitgeist”, back for centuries, the ways most governments and media today deal with Covid-19 tell us a lot about the past and the present.

The system operates with its own interests beyond the people’s needs and wants. The system is since millenniums a cynical soulless construction, always creating unimaginable misery and suffering. The system has been and still is the most atrocious killer, destroyer, and evil doer against his own population. The system does not care for human values, balance, wisdom, and genuine human development.

The system must hide its own ‘hidden games’ about poverty, subordination, slavery, war, exploiting and destroying other countries, control of other countries, etc. The hidden system of ‘Globalisation’ strives for world dominance by one governance, and subjugation of humanity. Governance acts with sugar-bread and wip since ever. People get sand thrown in their eyes: less working hours, as many public holidays as possible, a huge indoor pool for the people, a great football field, a concert hall (for the ‘upper ones’), cheap food, cheap travel, cheap cruise-ship holidays, a car, a loan, new highways and high-speed trains, 4-6 hours daily in front of the TV, everywhere discos, cocaine, etc. And religion, stooge of sugar and whip politics, appeases citizens: “God will forgive you all your sins.” Life-long learning about life and inner being would be better.

Self-evidently, all educational systems reduce learning level requirements as people do not like to learn and study with critical thinking and asking questions. To make splendid offers to the people, a government needs to make debt. Once the debt level reaches insanity, another system takes over the governance. This is what is happening right now. Hundreds of millions of people get a loan; many will never be able to pay it back.

Now, a fifth system, the ‘invisible hand’, has taken over global governance as they accumulated with the help of Globalisation several $trillions since the year 2000 and therefore the invisible hand today disposes of unlimited money. The ‘invisible hand’ buys businesses worldwide every day, then let’s these businesses crash, and with that they ruin every country. It sounds a bit perverse. It is hatred for life and God since the time of Abraham.

Today, the world is in the pliers of totalitarian communism or socialism, of total control and de facto slavery for the collective and the governments. Governments and the entire state apparatus are forced to obey the ‘invisible hand’. The untouchable fearful virus nobody can see creates unlimited more money for the ‘invisible hand’ – possibly for decades or centuries to come. The titanic fight today is real. Infantile people love that.

Everybody is now crossing the bridge towards poverty, stupidity, infantilism, and 100% control. The following processes for decades to come includes a massive reduction of the world population. With visible and hidden methods, the process has started at full gear. Today, the dramatic history of politics and religion repeats itself.

Since millenniums, most countries have infantilised their people. Today, the brainwashing machinery globally has reached its culmination: The ‘invisible hand has total power and control over all governance: the masses of people are ready to believe, to accept the lies, and to obey, and to denounce”. Is the virus the problem – or is it the people? Welcome Nazi-Spirit and Hitler! Welcome back to the Milgram experiment.

Not asking questions helps. Not thinking about the system and its environment helps. 100,000 and more shopping options help. That is the way people lose their soul but call for a radical “Führer” that ‘cares’ for the people, today with distancing and masks without protective effect but with infectious effects. How sick and perverse must governance be to destroy values of more than $3-5 trillion worldwide within a few years?

The modern slogan “I do what I want” is a lost case. The ‘invisible hand’ dictates! The human’s mental capacities are shrinking down to 3-7%. Politically, infantilising is equal to enslavement and dumbing down.

The atomic bomb shows us the perverse face of governance. Who created immeasurable suffering? Behind this evil hate for humanity and human values is the same spirit as behind Covid-19 measures.

The Covid-19 mess today (with roots in the remote past) is all about a religious problem! I call this problem the ‘DEICIDE’. Read the book “Deicide” from Dr Ed Schellhammer!

45 years I needed to understand the ‘DEICIDE’ problem. Today, I am sure that I could solve this problem. But I am also sure that all people would laugh about my offer. Therefore, the people must experience the consequences for decades to come. Without the true Spirit in human’s life and with governance without the Spirit, humanity is eternally lost. The 18 global threats today will soon make everything much worse.

Humanity needs a global catharsis, forgiveness and reconciliation given by the Seat of the Holy Grail, also a must is respect for the creation (planet, humans, human values, genuine inner development), and needs a re-start with the Archetypal Processes of the Soul. I give the world 12 years to comply! Or learn “how to survive”.