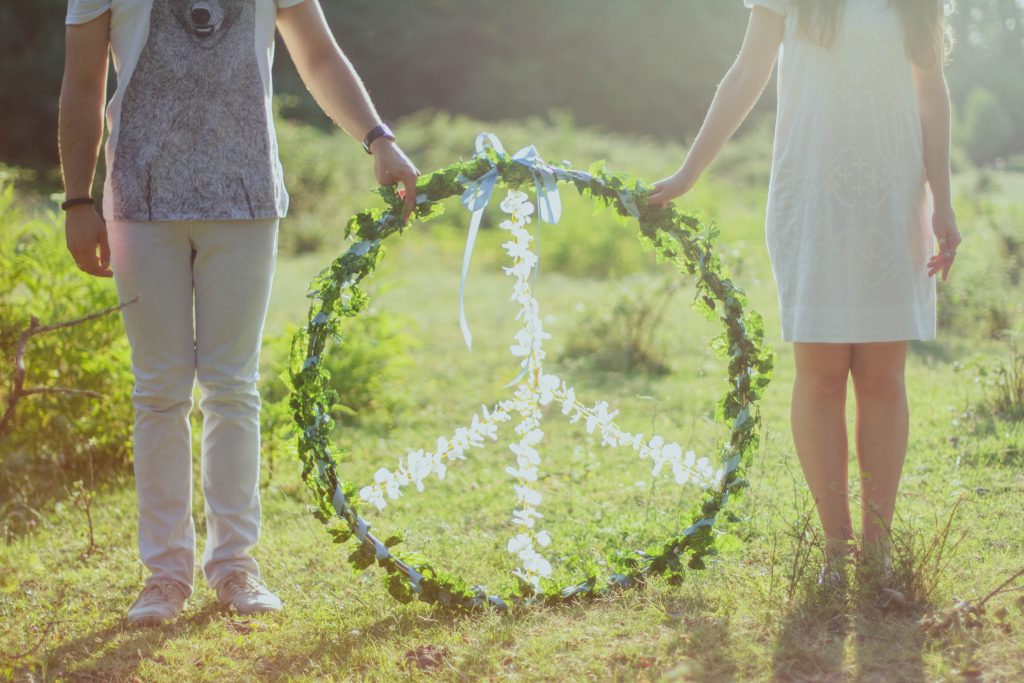 With political leaders and a military elite, NATO as the global power center, sickened by megalomania, perverse, driven by lunacy and sexual neurosis, tortured by psychosis and paranoia, thoroughly playing games and telling the people lies, provoking like brainless big mouths – with that peace on earth and global disarmament is never possible.

Mal-educated and undeveloped political leaders waste insane amounts of money, some for their megalomania and world control; and other nations have no other option than to re-arm in order to protect their country. 2018: worldwide nearly $2trillion for military spending. Western Military, NATO, is nothing more than a band of robbers.

At the same time, the megalomaniacs declare sanctions on other countries, institutions and people in order to destroy their government and their internal development. These mentally malformed leaders are sickening and make the entire world suffer. A new statistic says that most people (in x-countries) are happy. Really?

Disarmament and becoming free from the risk of wars is not possible without a completely new understanding of humans and human life (mankind), of lifestyle and archetypal religion as the collective genuine meaning of life.

Humanity needs to get a concrete vision about what could be done with all the money spent today every year for re-armament, to destroy other countries (through secret services) and wars.

Without exception and 100% sure is that a new psychological-spiritual education must be based on the Archetypes of the Soul, on the psychical-spiritual organism with its immanent principles, and on the concept of Individuation. Propaganda lies and brainwashing through mass media is the very destructive criticality.

If the concept of Individuation, developed by Dr. Eduard Schellhammer, is correct, then obviously there is much more behind in terms of spirituality (and / or religion).

The psychological and material question is always the same: who profits from the military complex expansion, the destruction of other countries, and the actual wars?

Do people care about this mega dangerous ‘war-parameter’? Not really; in fact, they all simply look away, worship their “father-leader” (or mother-leader) and this since decades back to the second World War – probably during the history it has always been like this.

Sarcastically we must comment: “Go with your leader to the battlefield” (but your leader will not be with you)! Your uniform makes you strong! Your weaponry gives you strength! Your nation is the God-sent Master that leads the world in the name of God! And die for your leader.

Torn to pieces with grenades and overflowed with blood on the battlefield, one leg shattered, the other leg in pieces, the gut hanging out, the head lacerated … ‘what a great excitement’! What for? An estimated 3.5 billion people died on battlefields during the history. For nothing!

You, all the billions of people, you are so powerful, at least talking heated up with delusions, with empty words, conceited, coward, and arrogant, lacking human values. Does it matter if the warmongers like to trigger wars, even for their fun, using your body for bloody fights? Remember: Verdun, Stalingrad, Hiroshima, Nagasaki …

Unfortunately, much of the facts about wars (Europe, Vietnam, etc.) during the last 130 years, are presented (at schools, in school books) with lies, distortions, fabrications, and omissions. And none speaks about all the psychopath criminal leaders, all committed horrifying war crimes, always ordered from the leaders to the soldiers to kill and destroy. The young generation today has no idea about all this, and they don’t even want to know.

There are cynical and evil people behind the curtains that can’t wait to start the biggest of all wars that shall eliminate 5 billion people in order to save the planet and human evolution as there are never enough resources for the 12-14bn people in this century. They want to “please God” – or to punish God for the lost divine mission?

In fact, these 5 billion people are stronger than all mad leaders on earth. They could make an end to all wars, but:

The government tells the people “Reduce by 20-30% the use of your car and spend 10% of your daily time for learning, for self-knowledge, meditation and inner catharsis”. Would you?

These people would rather kill the government than reduce using their car or to read valuable books for inner development and the truth. The masses are greedy, terribly blinded, and 93-97% undeveloped in their many mental functions. Therefore, let’s allow the warmongers to go for the biggest war of all times. After that we will finally have peace on earth. Really?

No! No! That’s not what I want. But it will happen with highest probability. The US and NATO are eager to conquer Russia. Never underestimate the risk of a nuclear war! And if this will really happen, then the people do not deserve anything better than to be roasted by the fire. That’s not cynical. It’s life that teaches us everything!

Life also teaches us how some leaders (states) treat their people: killing, hanging, killing with lethal injection, beheading, cutting hands, stoning, putting people in hot sand, crucifying, torturing them, shooting dead, quartering humans with 4 horses, and so on. Christianity liked all this during centuries as well.

Global disarmament is possible: 6 billion people around the globe could put a flag on their balcony or door: “No more wars around the globe!” They all never again go on battle fields. They want a new breed of healthy leaders.

Or I, as the RC, I could menace with the punishment in the other world: “30,000 years or 50,000 years being far from God and his light for each soul-warmonger and for those who go to war.” Of course, this will happen, but nobody will believe these words. Most people prefer a kind of ‘softener’ to hide their own lies and cowardice.

I need 20 years to teach you how to make a world without wars and with repaired ecosystems, also with highly reduced contamination. But this as well, nobody wants such a solution. Nobody would ever spend the necessary money to establish the educational institution for peace and justice, to develop there the strategic plan for peace on earth (with course programs for the world).

Therefore, if not the biggest war of all times, then it will be the contamination, the destroyed ecosystems, the collectively destroyed mental functions, and the 2-3 billion people migrating to other places due to wars, the destructions of nature and societies that will teach you how stupid and mean you all are, accepting the risk of a total collapse of the world and the eco-systems.

Societies with archaic religions and an educational curriculum preponderantly from the 19th century will never be able to globally form genuine humans without a risk of wars.

A new psychological-spiritual understanding of humans, human education and human life must first form humans and humanity world-wide for 20 years, counted from the year 2020 on.

A new psychological-spiritual understanding leads to a completely new understanding of meaning of life and ways of living. This will be introduced, culturally adapted, and established worldwide with all-encompassing education.

Sad conclusion: Mankind needs the “biggest war of all times” because they are never ready without a global nuclear nightmare to accept and to adopt the new spiritual leader sent from God. It’s very annoying and totally disgusting how people think they “know” with the age of 16, 20, 25, 30 – and there are only very few people with the age above 40 or 50 that really “know” because they were responsible for their inner development with meditation and dream interpretation, and especially with learning as an indispensable part of the way of living.

Selected individuals can do the very special “COURSE” at the Schellhammer Institute. The participants will become the new breed of leaders to save the world and the ecosystems and to create a new world with the Archetypes of the Soul, which are the components of the genuine global religion.