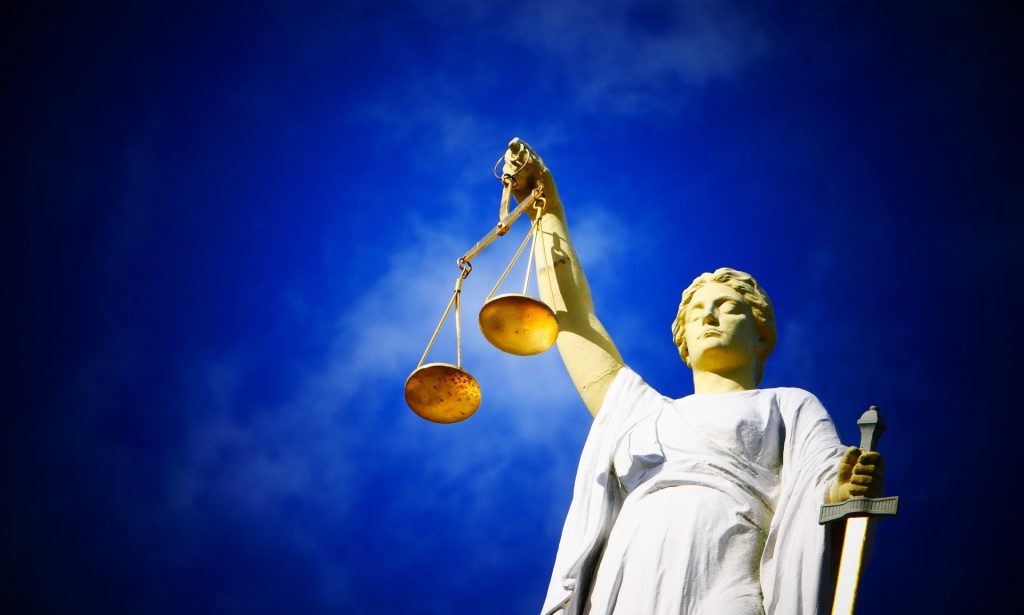 Foreword: The Swiss and the world have no chance against the titans. Because the problem lies in the religion of the titans. Only I can redeem the titans. Ignoring this ends in a future without bread. Sending the envoy into exile for 30 years and destroying his mission was not worth it. The price is immeasurable today.

The declaration of the lockdown in March 2020 was never justified. This totally unbalanced measure has terrified and panicked many people. The Lockdown also provoked mass ruin. Paternalism is always deprivation of liberty and oppression. This is a crime of politics against humanity.

Declaring the pandemic was never appropriate. This measure has placed an extreme psychological and economic burden on the collective. Many people have died of illness as a result of shock or emotional stress. This is “accepted manslaughter” or murder. This is a crime of politics against humanity.

Every human is already formed prenatal emotionally; usually weak. The human development is built on this. The politics has the weak life base of people to the most extreme abused: Dies is sneaky, malicious and perverse. This is a crime of politics against humanity.

Lockdown and pandemic declaration have caused immeasurable material damage. Millions of stores had to close. Owners have lost everything. Countless people became unemployed. The has driven many people into poverty or death. This is a crime of politics against humanity.

Aerosols, which have been around for millions of years, were taken out of the drawer to break people mentally with even more heated fear. The announcement of a second and third wave, new even more dangerous mutations, also serves only to panic and decomposition. This is a crime of politics against humanity.

Scientific research shows that wearing a mask has no safety effect; however, nose, lips, mouth, neck and mucous membranes are severely impaired when worn for a long time – with long-term health consequences. This is serious bodily injury. This is a crime of politics against humanity.

Millions of families, children and pupils have been traumatised for decades to come, with months of banishment in their own homes. Psychic long-term damage is guaranteed. The is serious bodily injury. This is a crime of politics against humanity.

Governments have divided society, provoked hatred, anger and hostility. They provoke violence and exasperate millions of people. This is severe physical and psychical bodily injury. This is a crime of politics against humanity.

There are good  arguments that until today (January 2021) one cannot speak of a pandemic. This was and is nothing but a “theatre”. Lockdowns and hard restrictions were never justified; are not even today. Thus the governments have caused great suffering. This is a crime  of politics  against humanity.

Most statistics are misleading and manipulated. This has been and is being built up worldwide by the lurid mass media for the sake of profit. Not the virus is to blame; it is rather corruption and incompetence.

The term “flu” was rewritten with the new word “Covid-19” without having any relevant reason. With this manipulation, the “lethal virus” has been conceptually heated up to justify lockdown and pandemic.

Vaccinations can be a blessing; but today the “blessing” is nothing but a generated billion-dollar profit for some powerful industries that are not concerned with humanity nor with inter human development.

96-99% of people tested positive feel nothing or little for a short period of time. The virus dies within 2-3 weeks. The manipulated test error rates and their interpretations are planned and intentional. Vaccinations  are  usually groundless (Doesn’t fit here).

Since March 2020, various governments have disregarded many fundamental human rights, many of them anchored in the constitutions of citizens and of society as a whole. They still disrespect them today.

The legally required proportionality to measures, including the massive restrictions on fundamental rights, was ignored. The right to freedom of citizens has been and is being flogged to death with cynical pretexts.

The economic, social, cultural and spiritual life bases of people, including children and the elderly, have been and are still most severely burdened by confused and pointless measures.

It is embarrassing how the authorities abuse pubescents and adults to prompt others: “Muzzle up over the nose!” They are made informers and thus heroes. See Milgram Experiment.

Many experts have reported that PCR tests are unsuitable for diagnostics and very flawed. “Positively tested” does not necessarily mean ‘sick’ or ‘contagious’: Which infection condition is risky (high risk)?

The politicians talk emotionally: “100 million are infected.” De fakto 95-99% without health consequences. It is not the virus that has changed the world. Politicians and elites, the masters of capital, have changed everything.

There is no virus or animal that has demanded the pandemic. There are the politicians who do not have adequate competences. There are individuals who have caused the panic. The mass media have unnecessarily heated up everything!

It would have been the task of politics to provide the best possible aid to people, especially the weak, the elderly and the sick humans. Targeted measures to strengthen the immune system could have prevented a great deal of damage.

No one in the government was able to manage the virus problem constructively. Political behavior: like headless chickens. Politics is a failure institution. The political actors have to be fundamentally better educated or replaced.

The question is still open of what was the driving force that could do so much mischief until today (January 2021). A virus? A blackmail? Governmental default? Threats of war? Bank collapse?

Since March 2020 until today, January 2021, 50 people have become billionaires (Forbes) and probably some more people have suddenly become very rich. What has politics received from high-finance?

Was it the aim of making people poor for years to come, and also to indebted them with loans? Would more than half the world bought up by the high-finance?

About 8 billion people versus 2 million deaths: 10% due to the virus related pre-existing diseases and another 10% by unidentified circumstances. Why continuing with lockdowns, restrictions, masks, etc.?

Seen in this way: The virus does exist, does damage here and there, but show us: The virus is not  THE danger to humanity. It is the perfect trillion-scam with a virus problem hysterically heated up.

Why do people have to vaccinate themselves? Who earns from the vaccination doses? What does vaccination do? What is it supposed to protect against? Why do you need a vaccination pass?

Many people have to realize that they have a weak inner ‘I’. They live with magical thinking and the hope of redemption from ‘above’. This has led again and again to war and enslavement for thousands of years.

The lockdown principle becomes the guiding principle: First panic and hysteria, then one sprinkles sand in people’s eyes, then they are broken, then driven into poverty and finally forced into war.

No one needs a “reset of humanity” without spirit, without love and without inner fulfillment. Such a ‘reset’ never leads to peace and fulfilment. In addition, 8 billion people miraculously become 4 billion.

A “New Age” must begin. Unless people make their own Armageddon.
Dies is  decided and called upon to do so by the seat of the Holy Grail; for the first time in 2000 years ‘earthly’ in office.

I warned governments and personalities 30 years ago and every decade again. The blindness is extreme: People think that everything is going well and correctly with the government and religion.

The way people understand the human being is archaic. The humanity is been on the wrong track for millennia. That is why every few decades there are nothing than repetitions of wars, suffering, pain, and hopelessness.

A new leadership elite must be built up, already pre- and postnatal spiritually and mentally best nourished by parents with love, mindfulness, knowledge, spirit, wisdom and truth to fulfill the collective human being.

It is deviant, without clearly proven facts, to threaten the peoples with the very worst pandemic.

Do people not yet have enough of the devilish fritters? Does fear and stupidity have to win?

For all people I recommend for the next 5-7 years to keep introspection and to live the own  Katharsis.
Educate yourself with a lot of learning, reading, studying, critically questioning yourself, ‘searching’ yourself, and developing inner potentials.

You have the power. I have no power. You have a choice. I don’t. So do what’s right. Or you bear the consequences. Not to mention the 18 global dangers today. The global party is over anyway!

I invite representatives of the Swiss Government to examine and discuss my concerns seriously.

You have no future without the envoy. Ignore him further and the day without bread comes.
I have invested 45 years in preparation to this day.

A lot of information from Dr. Schellhammer regarding Corona-19 is worldwide collected material. Dr. Schellhammer cannot be held responsible for the correctness and truth.
This message is freely available to every person who can think.

The Swiss Schellhammer Institute
After 2000 years, this is the New Holy Grail.
To revive the Holy Grail of humanity.

Dedicated to the archetypal human development for a free humanity.
The sole holder of the Holy Grail and the highest authority of mankind.
After 2000 years, today modern vested with the highest divine authority.
Everything is documented and comprehensible with my books, dreams, and analyses.

The new seat of the Holy Grail for humanity
Dr. Eduard Schellhammer, Spain